APPEAL TO THE NATURE CONSERVATIONISTS WORLDWIDE!

We, the nature conservationists of Ukraine, ask you to help us in the fight against the Russian information war!

According to preliminary calculations, as of March 1, 2022, the aggressor is conducting military operations on the territory of 900 protected areas with an area of 12,406.6 sq. km, which is about a third of the area of all protected areas of Ukraine. Already about 14 Ramsar sites with an area of 397.7 thousand hectares in Ukraine are used by the Russian aggressors during hostilities. The Biosphere Reserves are under immense threat. About 200 territories of the Emerald Network with an area of 2.9 million hectares are under threat of destruction.

When we look at the ruins of Kharkiv, Chernihiv, and other cities of Ukraine, at the seized and destroyed nature values and facilities in Ukraine, we are seized by pain and misunderstanding. There is a destruction of not only material values but also spiritual ones that will not be replenished for centuries. How do Russian citizens, and especially profile colleagues in the nature conservation field, allow their leadership to commit such crimes against humanity and nature!

We feel sorry for every dead person on both sides as every human life is matter. Each new day of war brings new grief and suffering.

WE CAN’T AFFORD TO LOSE EVEN A MINUTE to stop the Russian government's war crimes!

It's not scary to get hit by a policeman's baton and sit in a cell for several days - we tell you this for sure, as people, who have been under military fire from all kinds of weapons for the last week; like people living in a country where thousands of civilians have already been killed by Russian troops, thousands of buildings have been destroyed, over million citizens became refugees and today these same aggressors-marauders are robbing our cities!

AND WE BELIEVE THAT YOU CAN HELP US TO MAKE THEM UNDERSTAND THAT BETTER!

To make them speak, we need the efforts of each one of our nature conservation community. Therefore, we ask you to urge the Russian nature conservationists to not be silent and to protest their governments and the President, so that he withdraws troops from Ukraine.

Feel free to write letters, publish information about shameful actions in Russia on the territory of Ukraine, explain to Russians by all possible methods that they are deceived by the leadership of their state.

REMEMBER, THERE COULD BE NO TOMORROW FOR US IF WE WON’T TAKE THE ACTION NOW.

We believe that the environmental community can unite and help awaken the consciousness and courage of Russian citizens to protect people and nature! 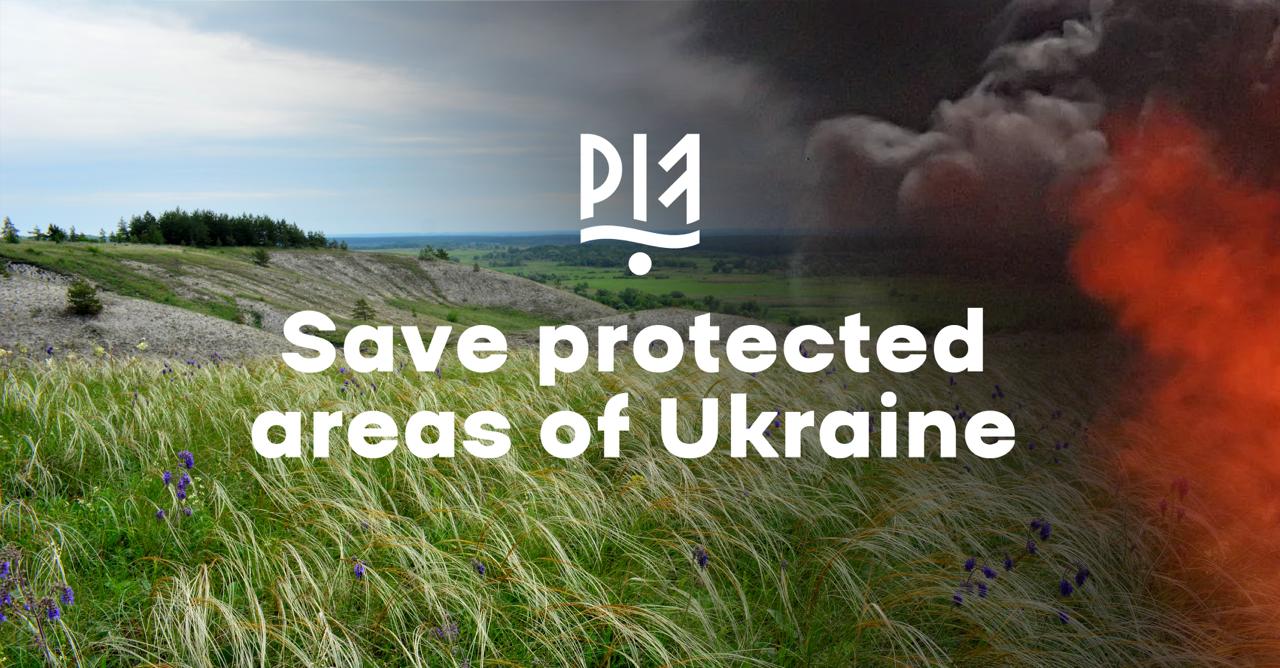